The MCS-DDSA siren incorporates multi mode functionality. Because it is based on digital technology it can operate in different modes on the same installation by utilising different sets of speakers, if required.

Pumping out 200 Watts of ‘real’ dB power, unlike other offerings that are rated at 200 Watts as that is how much power they consume rather than reﬂecting how loud they actually are. The MCS-DDSA is unlike any other ampliﬁer currently on the market.

It can produce two different siren tones at the same time giving a ‘two vehicle’ effect via 2 x 100 Watt speakers, or scrolled siren sounds via a 1 x 200 Watt speaker, plus, if required either ‘simultaneously or separately’ a low frequency rumble sound via 1 or 2 x low frequency 200w rumble speakers (rumblers).

With circuitry based on Class D digital siren technology this device is optimised to produce a true 200 Watt output or if preferred 2 x 100 Watt outputs with or without the optional low frequency rumble effect.

It can be controlled with conventional switches via on/off controls, in conjunction with the Horn Ring Transfer (HRT) feature if required and/or via CAN Bus signals for other complementary MCS controllers and switch units.

When used with the LSP-108 digital speaker to optimise the low frequency tones generated from the siren ampliﬁer the output is a highly distinguishable ‘Rumble’ sound. As the sound is notably different to the standard siren tones that everyone is now familiar with this immediately gets peoples attention as well as creating a better sense of the direction the vehicle is coming from.

As the speaker is of a specialised nature, and should ideally be ﬁtted in pairs, it is important that they are ﬁtted correctly to take full advantage of the ‘GROUND’ effect. As such it is mainly appropriate to larger vehicles such as ﬁre appliances and larger 4x4’s.

The MCS-DDSA is compatible with MCS-32, MCS-16 and MCS-8 control units. 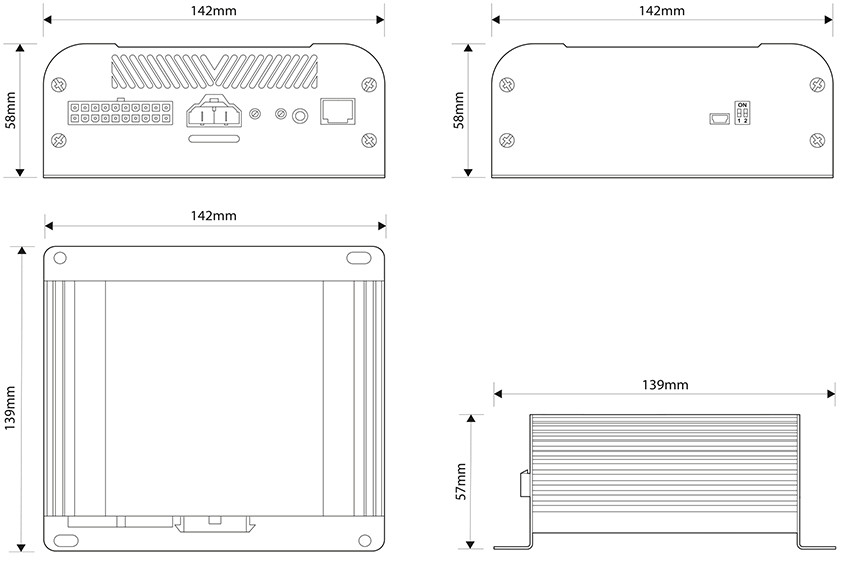 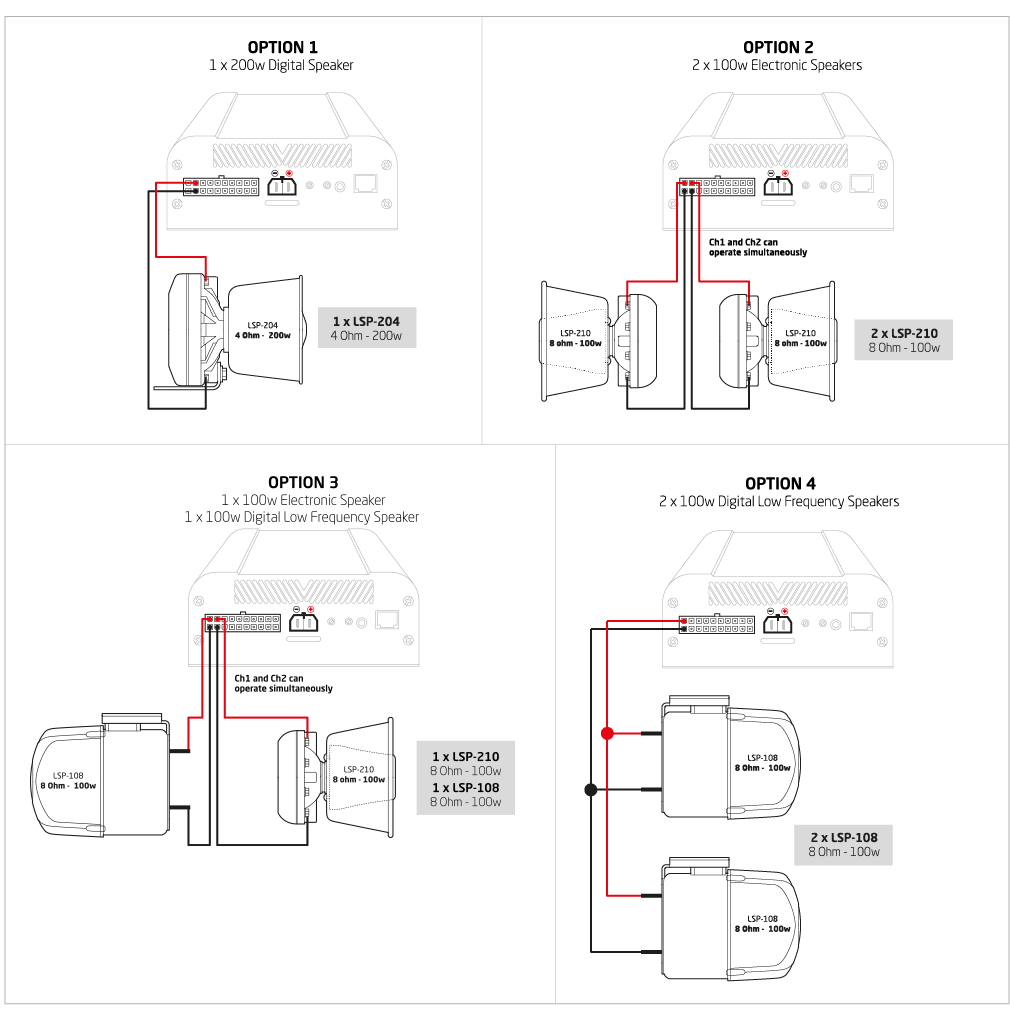 Below is the range of speakers best suited for use with the MCS-DDSA 200 Watt Digital Siren.
Please note that the rumble tone feature can only be achieved by using the LSP-108 100 Watt Low Frequency Speaker.

The Micro-Lite 4 LED module is ideal for vehicles which require low profile lighting in areas with limited space. There are 4 latest generation LED...

Halo Blitz warning lamps have a row of 6 high power LEDs at the centre to act as a flashing warning light and an outer halo of 18 long life LEDs to...